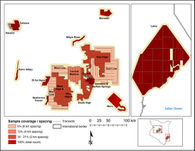 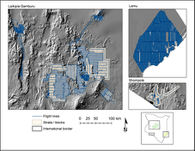 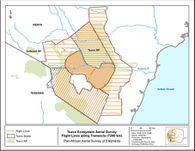 Nearly three times the size of Switzerland, the Ruaha-Katavi Landscape is one of the largest intact savannah ecosystems in Africa. with support from Usaid (through the wcs southern Highlands & Ruaha-katavi Protection Program - sHaRPP) and private benefactors, our focus is on supporting core protected areas and safeguarding wildlife corridors and buffer zones across the landscape. we improve natural resource management, diversify community income and ensure the effective protection of elephants, all supported by scientific research and monitoring. 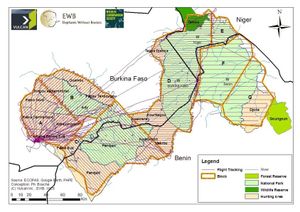 African elephants (Loxodontaafricana) are imperiled by poaching and habitat loss. Despite global attention to the plight of elephants, their population sizes and trends are uncertain or unknown over much of Africa. To conserve this iconic species, conservationists need timely, accurate data on elephant populations. Here, we report the results of the Great Elephant Census (GEC),the first continent-wide,standardized survey of African savannah elephants. We also provide the first quantitative model of elephant population trends across Africa. We estimated a population of 352,271 savannah elephants on study sites in 18 countries, representing approximately 93% of all savannah elephants in those countries. Elephant populations in survey areas with historical data decreased by an estimated 144,000 from 2007 to 2014, and populations are currently shrinking by 8% per year continent-wide, primarily due to poaching. Though 84% of elephants occurred in protected areas, many protected areas had carcass ratios that indicated high levels of elephant mortality. Results of the GEC show the necessity of action to end the African elephants’ downward trajectory by preventing poaching and protecting habitat. http://www.geekwire.com/2016/paul-allen-great-elephant-census-decline-africa/